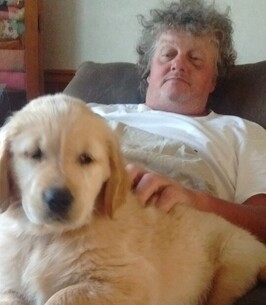 Born April 1, 1954 in Cortland, NY, he was the son of the late Arnold J. Sr and Patricia McDougall Underwood.

Having lived in the area all of his life, he had graduated from McGraw Central School in 1972 and had worked for various farms in the area with most recently the Roach Farm in Genoa. He had enjoyed hunting , especially Bow and going to Tractor Pulls. He had been a faithful worker at several farms and enjoyed the animals and tending crops. He was also a great story teller and shared with those who became a captive audience.

He leaves behind his loving wife of 45 years, Pamela Ziska Underwood at home and daughter Melissa J. (Kenneth Chamberlain) Underwood of Mt. Juliet, Tennessee as well as grand-pups, and his siblings, Dennis (Terri) Underwood of McGraw, James (Debbie) Underwood of Groton, Sharon Williams, Of Afton, NY and Lisa (Robert) Storie of Marathon, NY as well as several nieces and nephews.

Besides his parents he was predeceased by his son Jay A. Underwood in 2017.

A celebration of his life was held at the family home, and condolences may be made to his guestbook at www.zirbelfuneralhome.com