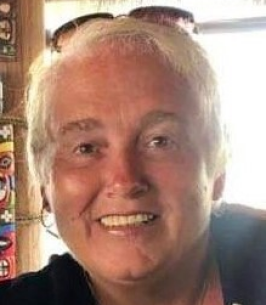 Diana K. Albro 66 of Cortland, NY died October 12, 2022 surrounded by her loving family at her home after an extended illness.

Born September 22, 1956 in Baumholder, Germany. She was the daughter of the late Clifford and Maria Bezembinder Emeno.

Growing up in the area, she graduated from Homer High School and later attended college at Tompkins County Community College.

Having lived in the area since 1957, she was employed for many years retiring in 2017 from Cortland County Courthouse where she was the Deputy Chief Clerk.
Diana married her high school sweetheart, Paul. Paul and Diana enjoyed 48 years of marriage and decades of close friendships in the Cortland area.
She enjoyed winters in their Florida home and traveling. She loved to bake for family and friends. Her time spent with family was her passion and she did it with her whole heart.

She will be missed and remembered by many whose lives she touched.

She is survived by her husband, Paul W. Albro and her sons, Brian (Ashley) Albro, and grandson Tanner of Olympia Washington and Corey Albro and grandchildren Raina and Hayden or Cortland, New York. Diana is also survived by her loving sisters, Linda Mueller (New York) and Sandy Hash (Virginia).

A celebration of her life will be held at a later date.

Please leave condolences on her guest book at www.zirbelfuneralhome.com