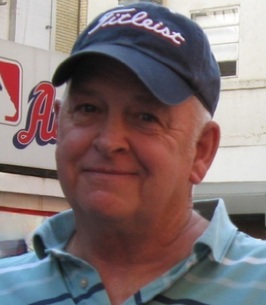 Born March 13, 1941, in Torrington, Connecticut he was the son of the late Allen E. and Edith Elliott Stickels Sr.

Having grown up in Connecticut he graduated from the University of Connecticut and began his career in dairy farming. In 1976 he and his wife Linda moved their family to McLean where they owned and operated Allenda Farm. His greatest life passion was farming and particularly, breeding purebred Holstein cattle. Throughout his life, Allen loved animals and nature. After retiring from farming, he enjoyed spending time with family, cutting wood, hunting for rare coins, and faithfully following the Boston Red Sox and the UConn Huskies.

Allen is survived by his children, Laurie E. Stickels (Andrew Gubisch) of Lexington, MA, Jennifer (Stephen) Teeter of McLean, and Carl A. (Carey) Stickels of Cortland; four grandchildren, Sumner and Patience Gubisch and Carson and Grace Stickels; brothers, George A. Stickels of Arlington, Virginia and Philip W. Stickels of Ocala, Florida, and several nieces and nephews. Besides his parents, he was predeceased by his wife of 55 years, Linda Chappuis Stickels on September 3, 2018.

A memorial service will be held on October 29 , 2022 at at the Warren Church, and burial will be in the New Warren Cemetery, Warren, CT. Memorial contributions may be made to the Groton ambulance fund or the McLean fire and rescue department.

Condolences may be made to Allen's guest book at www.zirbelfuneralhome.com