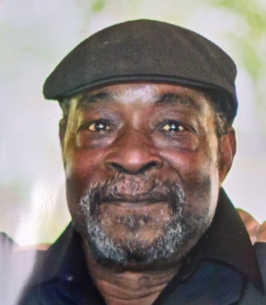 Roscoe Lyman 74 of Ithaca, NY died August 4, 2022 at Cayuga Medical Center after being stricken at home.

Born December 22, 1945 in Georgiana, Alabama, he was the son of a late Roscoe and Mary Lee Benson Lyman Sr.

Having spent many years in the Owego area he had moved to Ithaca where he was employed as a short order cook at various places which included State Street Diner. He enjoyed family gatherings and fishing.

He is survived by his brother, Gene Lyman, sisters, Lillie Melton, both of Ithaca, and Mary (Thomas) Thibault of Geneva. He is also survived by several nieces and nephews.

Besides his parents he was predeceased by her brother, Willie Lyman and sisters, Marie McCoy and Catherine Watkins.

Services will be held on Thursday, August 11, 2022 at Calvary Baptist Church at noon. Family will receive friends 11-12 prior to the services. Burial will be in Frear Memorial Park.

Condolences may be made to Roscoe’s guestbook at http://www.zirbelfuneralhome.com.

Arrangements are in the care of Zirbel funeral home 115 Williams St. Groton.