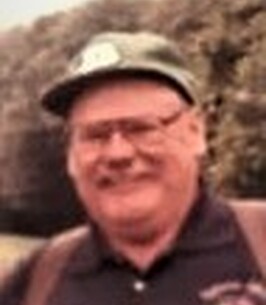 Born June 30, 1950 in Cortland, New York he was the son of the late Robert and Alice Sincerbeaux Houston.

Having been a lifelong resident of the Groton area he had graduated from Groton high school in 1968 where he had been involved in the FFA Association serving as their secretary.

Owning and operating the Marlindale Dairy Farm which is in its 4th generation, was truly a passion of Pat’s life and he was very devoted to his spotted “girls”.

He enjoyed visiting with people in the farming community as well as keeping up with family and community events. He was one to help where help was needed and always enjoyed a good meal.

He is survived by his wife Patricia DeGraw Houston at home, His daughter Marlene Houston, his sons PJ (Nicole) and James (Amanda) Houston. Also surviving are his stepchildren, Douglas (Tracy) Smith, Lorretta (Bruce) Graham, Crystal Bergenstock, and Cindy Williams as well as five grandchildren, Jordan, Robert, Rachel, Madelyn, and Hayden and several step- grandchildren and a brother Robert (Sandi) Houston of Florida and a niece and nephew survive him.

Funeral services will be held at the Peruville New Testament church on Friday, April 8, 2022 at noon with Reverend John Iler officiating The family will receive friends 11:00- 12:00 prior to the service.

Memorial contributions can be made to the FFA Association (Future Farmers of America) through the Groton high school in memory of Marlin.

Condolences and memories may be shared on Marlin’s guestbook at http://www.zirbelfuneralhome.com.