To share your memory on the wall of Jane Rutledge, sign in using one of the following options:

Born May 6, 1938 , she was the daughter of the late James and Lena Davenport, in Ithaca, New York. Having grown up in the area she had been a 1958 graduate of Groton and had worked for many years at Cornell University retiring in 2000.

Jane had been active in the senior citizens of Groton and very instrumental in the Groton Alumni Association where she served as treasurer for many years. She was an avid reader of Danielle Steele and James Patterson books. In her free time she enjoy doing needlepoint and knitting. Jane enjoyed visiting and keeping up with community events.

Besides her parents she was predeceased by her sister Marie Anderson.

A Graveside service will be at the Willow Glen cemetery in Dryden, at a later date to be announced.

Memorial contributions can be made to the Groton public library in her memory.
Read Less

We encourage you to share your most beloved memories of Jane here, so that the family and other loved ones can always see it. You can upload cherished photographs, or share your favorite stories, and can even comment on those shared by others.

Plant a Tree in Memory of Jane
Plant a tree 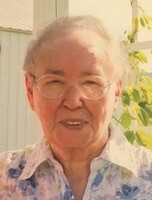