To share your memory on the wall of Donald Cobb, sign in using one of the following options:

We encourage you to share your most beloved memories of Donald here, so that the family and other loved ones can always see it. You can upload cherished photographs, or share your favorite stories, and can even comment on those shared by others.

Posted Feb 28, 2021 at 07:07pm
LIttle did I know that morning, God was going to call your name. In life we loved you dearly, in death we do the same. It broke our hearts to lose you, you did not go alone, for part of me went with you, the day God called you home. You left us beautiful memories, your love is still our guide, and though we cannot see you, you are always by our side. Our family chain is broken, and nothing seems the same, but as God calls us one by one, our chain will link again.
Miss you Dad. Love you, Lori
Comment Share
Share via: 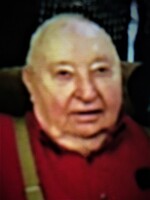