To share your memory on the wall of Paul Crouch, sign in using one of the following options:

We encourage you to share your most beloved memories of Paul here, so that the family and other loved ones can always see it. You can upload cherished photographs, or share your favorite stories, and can even comment on those shared by others.

Plant a Tree in Memory of Paul
Plant a tree
0 trees have been planted in memory of Paul H. Crouch Sr.
SF

Posted Feb 17, 2021 at 09:41am
Uncle Paul was a very pleasant person. I remember a lot of good camping trips and visits with him and Aunt Betty. I miss them both. Rest in peace Uncle Paul. Sue
Comment Share
Share via: 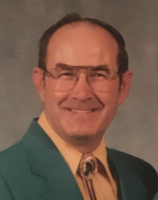