To share your memory on the wall of Robert Lindahl, sign in using one of the following options:

Born August 19, 1931 in Cambridge, NY, he was the son of the late Elmer Lindahl and Carol Mosher Lindahl of Clarks Mills, Town of Greenwich, NY.

Bob was a 1948 graduate of Schuylerville High School. He attended SUNY Farmingdale for aircraft operations before entering the US Army in December 1953. He was stationed in Heilbronn, Germany until his honorable discharge in 1955. He earned Bachelor’s and Master’s degrees in education from SUNY Cortland in 1958 and 1964, respectively. Bob taught one year at Cincinnatus Elementary School and ten years at Groton Elementary School. He also served a term on the Groton CSD Board of Education. From 1970 until retirement in 1996 he was a sales representative with Silver Burdett, an educational publishing company.

On September 6, 1953, Bob married Elaine Elizabeth Myers, also of Schuylerville. They were devoted to each other for fifty-eight wonderful years until Elaine’s death in 2012. His beloved wife and his family meant the world to Bob, who became “Pops” when grandchildren arrived.

Bob was an accomplished athlete throughout his life. He played baseball and basketball for high school, college, and Army teams. He took up golf in the 1960s and became a superb amateur golfer, winning many regional tournaments including the 1996 NYSGA Super Senior Championship. Competitive but holding the highest standards of fair play, Bob officiated interscholastic soccer, basketball, and baseball for many years. He helped establish the Stonehedges Golf Course, was a member of the Ithaca Bridge Club, and a past member of the American Legion Carrington-Fuller Post #800. Bob was also a great lover of dogs and was rarely without the company of his own and his grand-dogs.

Known for his smile and winks, people were drawn to Bob’s engaging personality. He was well-regarded by many from his time as a teacher, officiating and golf, and later through his passion for playing and teaching bridge. His memory will be cherished by his family and all who knew him.

Arrangements are through Zirbel Funeral Home, 115 Williams St., Groton, NY 13073. A memorial will be held at a later date. Burial will be in the Gerald B. H. Solomon Saratoga National Cemetery, Schuylerville, NY.

Contributions are welcomed in Robert’s memory to the Disabled American Veterans at dav.org or to the SPCA of Tompkins County at spcaonline.com.

We encourage you to share your most beloved memories of Robert here, so that the family and other loved ones can always see it. You can upload cherished photographs, or share your favorite stories, and can even comment on those shared by others.

Posted Feb 20, 2021 at 08:25pm
I truly enjoyed his math class and still tell friends how we would play “buzz” to help learn our multiplication table. I didn’t always agree with his strike zone, but he was fair and I didn’t argue with him. I know he will be missed and I will pray for his lovely family. Charles O’Hara
Comment Share
Share via: 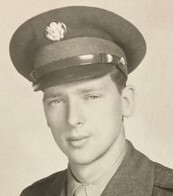